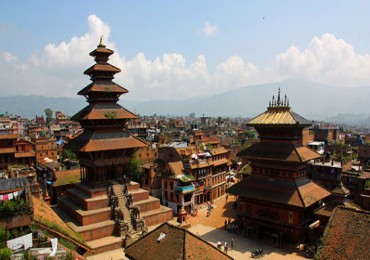 Nepal stands for never ending peace and loyal.It covers an area of 147,181 square km.It is a country situated between China to its north and India to its east,west and south.At latitude between 26 and 30 degrees north and longitudes between 80 and 88 degrees east.Its capital city is Kathmandu.The major cities are kathmandu,Lalitpur,Pokhara,Biratnagar,Birgunj.People of different reigion,caste,groups live here.Most of the people living here follow Hindu  and Buddhist religion.The rate of people following Muslim is 4.4% whereas Kirat is 3.1% and Christian is 1.4%.Nepal is a secular state so it has freedom to practice one’s religion.

Nepal has the largest tourism industry as it  is famous for its natural beauty.It is the perfect destination for adventure  ,leisure and religious tourism. Nepalese tourism  is filled with various activities like trekking,hiking,mountaineering,jungle safari,rafting,package tours ,etc.The popular tourist destinations are Kathmandu valley,Janakpur,Chitwan,Bhaktapur ,Pokhara,Patan, Lumbini and many more places.The people who loves adventure travel Nepal as it offers endless options along with the beautiful views of the landscapes and popular tourist areas.Trekking and mounteneering is the heart of tourism.Eight of the world’s 14 highest peaks above 8,000metre lies here.Mount Everest also known as Sagarmatha is the earth’s highest mountain ,its peak is 8,848meters above sea level.There are about 156 species worldwide and 24 species which occur in Nepal.It is rich in its cultural and religious diversity.There are several beliefs and customs of himalayan nation.Many cultural heritage of Nepal are included in the world heritage list.There are 125 ethnic groups who speak different languages and follow more than 10 different religion.

The tourism in Nepal has been seeing increase in the number of visitors each year .Tourists not only gets to enjoy  the trip with majestic views of the various peaks but also an opportunity to understand the village life of people.The tradition and famous hospitality of many groups of people are major part of what makes Nepal so special and the people are always welcoming.Tourism is the mainstream of Nepalese economy as it is the major source of foreign exchange and revenue .Maximum number of people are engaged in tourism sector as it has created more employment opportunity .People from other countries visit Nepal and spend foreign currencies which helps to uplift the economy and development of the country .Tourist buy our goods,curios and native articles of our country.The tourists are provided with good hotels ,local foods and are involved in local cutural practises.

There are some problems in the field of tourism in Nepal .The major problems are transportation and security .Most of the beauty spots are situated in the remote areas .They have not built roads to visit to all the places. Visitors have to depend on air services,due to this problem the number of tourist has reduced .